We are lazy. Detectors using AA, AAA or even 9 Volt batteries work for a year, two at most and then they either chirp for a few weeks and stop working or in the case of Hard- Wired 120 Volt detectors, will chirp until you replace the battery. Being able to basically forget about the detector for 10 years appeals to our less than ambitious side.

How many time have you heard on the news that the house had smoke detectors, but they were not operating. That means they were battery operated detectors and the batteries died and were never replaced... How many time do you hear there was a fatality... One that comes to mind happened this Winter in Massachusetts, an 83 year old died in a house fire. The detectors had no batteries and were later found to be over 40 years old... And let's face it, smoke alarms are something that is only in our minds when we see the news or at 2 AM when they start that annoying chirping. They aren't really high on our priority list like, filling the car with gas, or making sure we don't run out of coffeee or making sure the hours we worked last week showed up on our check this week... It is something we have to have but we don't think of it daily, weekly or even on a monthly basis (which BTW is how often we should be testing these life saving devices and running drills with our kids so others won't read about us in the papers...).

So I guess the best thing to do is to cover our bets and throw a 10 year detector in and live blissfully for a decade safe in the knowledge that we don't have to bother with those pesky things until 2020something...

Well, there is this document called NFPA 72 otherwise known as the "National Fire Alarm Code" that tells us that we need to change our household smoke alarms out every 10 years. So now we have a battery that lasts 10 years in a detector that can only be used for 10 years. So if you do the bare minimum, this is a once in a decade event, twice as good as having to renew your driver's license every 5 years and 10 times better than that annual Dr.'s appointment. As of the writing of this blog, 3 States have laws mandating the installation of 10 Year Battery detectors in new home construction. These forward thinking States are New York, Maryland and California and in Oregon Ionization Smoke Alarms must have a 10 year battery. Want to know what the law in your state is? Contact us at [email protected] and ask for a copy of the "FEMA Smoke-Alarms-Save-Lives-FEMA.PDF" or go to www.usfa.fema.gov, a great source of information...

A lot of this blog was written with tongue-in-cheek, however, there is a serious note here:

So please, upgrade your home, replace your old detectors with new 10 Year Lithium Battery Powered or Backed Up unit(s). Take advantage of the freedom from having to do the annual battery swap, but test them once a month, and put in an emergency evacuation plan so everyone knows how to get out if a fire happens. Set up a meeting place so you can be sure everyone gets out. Sit down with your kids and go over it, do it at the same time you test the detectors so you know they know exactly what to do.

Your dilligence will save lives! 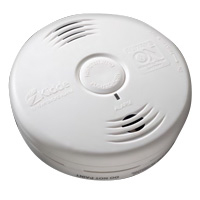 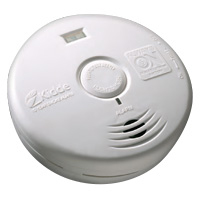 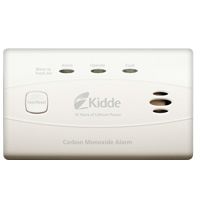 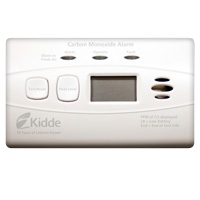